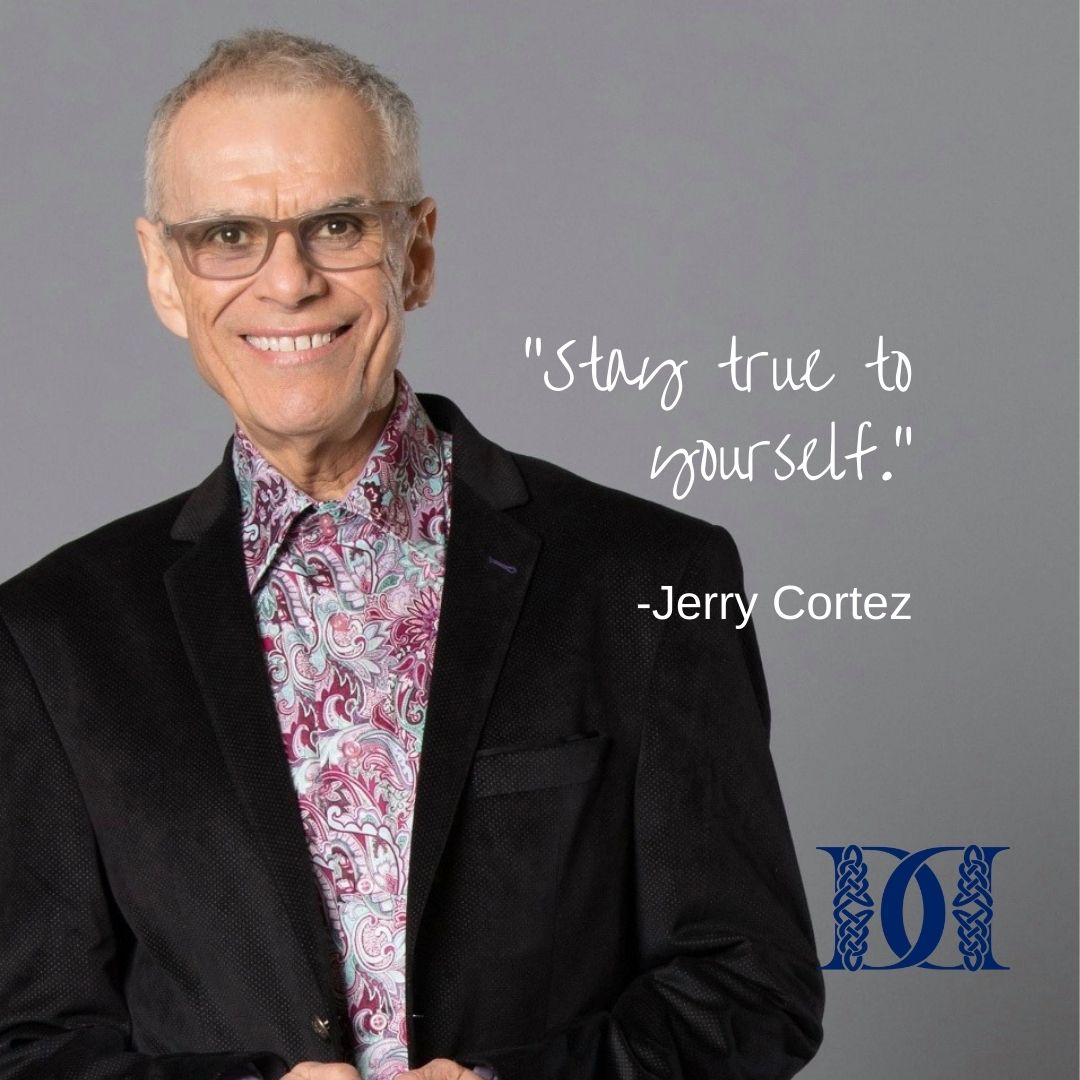 The weather outside was stormy but it was nothing compared to the atmosphere inside the Delta Sky Club in Salt Lake City. Flights had been delayed or grounded and scores of passengers were mad as hell. Some were yelling at ticket agents. Some were being nasty to the wait staff. Some were yelling into phones. They were everywhere, and there was no place to sit down – or get away from them.

In the middle of the storm, there was calm – an empty seat, with a guitar case leaning against it.

“Would you like to sit down?” a man asked me as he got up to move the guitar.

I thanked him for his kindness and we began a conversation that seemed like it was only five minutes long, but we passed the time until I had to board my delayed flight.

My new friend was Jerry Cortez, guitarist and vocalist for Tower of Power.

“Wait… THE Tower of Power?” I asked him.

“THE” Tower of Power – the legendary Oakland funk band with the famous horn section had been playing and touring since 1968. They have a string of hits on their own. Then there are the songs they teamed up with other artists to perform.

I definitely knew of them.

Jerry has been with ToP since 2010, but when I met him in 2015, it wasn’t his job that caught my attention (although it’s a cool one). It was his positive outlook on just about everything. He gives credit for that – to his mother.

How it all began

“My mother saw the good in everyone,” Jerry said. “She had unconditional love for all human beings.”

Even when battling illness and in serious pain, she would focus on what was going right. She would tell Jerry: “Well, my hair doesn’t hurt.”

Jerry’s mom was also a huge influence on him becoming a musician, as was his dad – a musician in his own right.

When Jerry was eight years old, his dad saved up S & H Green Stamps and bought him a guitar.

“It was March 6, 1965,” Jerry recounts. “I remember the date because it was such a powerful moment for me. I played with that guitar all day and when I put it back in its box, I said: ‘I am a guitar player.’”

Jerry would bang away at the guitar every day after school and eventually taught himself to play songs by ear. He also took a few lessons and says he can almost picture the guitar teachers’ eyes rolling as they were trying to teach him formal music education but he wanted to play Creedence Clearwater Revival.

He became a paid musician in high school and would be out until 2 a.m. playing gigs, then turning around to be at school by 8 a.m. He loved it.

“One day after school, my mom asked me what I wanted to do with my life,” Jerry remembers. “I told her ‘play music, play gigs’. She said that was great but ‘why don’t you find something else that you could fall back on?’”

She suggested he become a hairdresser – like his grandmother. When Jerry took a tour of the beauty college, he discovered: “There’s a lot of girls here!” He liked those odds and signed up for classes, eventually getting his license.

His career as a hairdresser was short-lived – about nine months. During that time, a road manager kept coming in for haircuts and asking Jerry to join their band. After half a dozen haircuts, Jerry caved in and went out on tour.

“When I first started out, I was determined to make a living at it,” Jerry said. “Worst case scenario I could find something to do during the day and play music at night, there was always that.”

But it didn’t come to that. He’s played all over the world and performed studio work for a number of musicians. That’s how he first met Mic Gillette, a trumpet player and founding member of Tower of Power.

Jerry went on to meet and work with other members of the band on different projects. He wanted to join the iconic band and in 2010, he got his chance.

“I’ve been lucky to play in front of really wonderful audiences,” Jerry said.

In addition to being a full-time musician, he’s also a teacher. He’s been teaching guitar since 1980 and talks about the blessings of being a teacher.

“I’ll always be a student myself and I have lifelong friendships with the people I’ve taught over 30 years,” Jerry said. “We’re still good friends.”

Since then, Jerry is staying busy teaching virtual guitar lessons, working on several albums and a project for his record company called “#Guitarver” – where he records instrumental versions of popular YouTube songs. He’s recorded 22 out of 24 for them and there’s talk about doing 24 more.

Jerry has led a charmed life as a musician, something he always knew he would do, but remains down-to-earth and has this advice to other artists who worry they can’t make a living at it: “Stay true to yourself.”

Dawn Dugle is a writer, keynote speaker and author of four books and two screenplays.

Buy A Hot Flash of Homicide